Do you have any photos related to towing at Dunstable? We’d love to have copies and maybe publish them here. Thanks 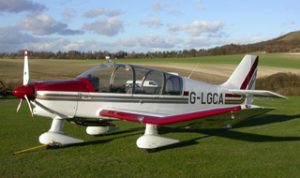 Here CA sports a 3 blade Hoffman constant speed propeller which it had from it’s arrival at Dunstable until late 2015 when it was changed to a fixed 4 bladed ITP propeller. Initially the constant speed propeller worked well but it’s performance started to decline in it’s later years, and along with the extra noise produced, it was decided that a 4 bladed fixed propeller would be fitted. In this picture CA also sports it’s spats, however due to the rough nature of the airfield, these are removed during normal towing operations to prevent them from being damaged. 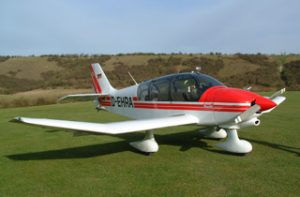 D-EHRA was purchased from Germany and flew in from Dunstable set out as seen in the photograph. After a colour change, having the spats removed and a 4-bladed fixed propeller fitted, RA was re-registered and is now operated as G-LGCB. 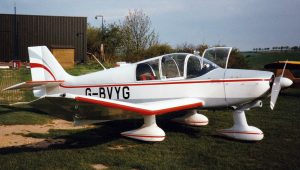 The aircraft, along with another DR300, G-BVYM, were purchased from a small flying club based in Condom, Southern France. They were flown to Dunstable on 28th Oct 1994. YG was originally registered as F-BSQB and fitted with a 120HP engine. The aircraft flew again in on 1st Apr 1996 after an extensive rebuild. The engine was replaced by a 180HP powerplant and the aircraft modified for aero-towing by Aidan Waters. The aircraft was used briefly to tow at LGC and also at the Essex Gliding Club before being sold to the Ulster Gliding Club in 1999. 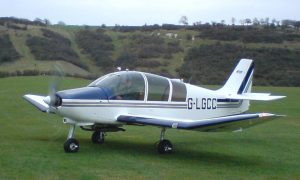 XI was the main workhorse of the tug fleet for many years until 2007 when it was rebuilt by Aero-Paul, given a new paint scheme and re-registered as G-LGCC. The photo on the right is the arrival of CC at Dunstable. 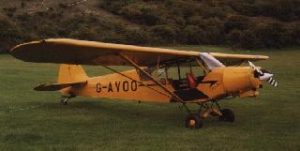 This aircraft was owned by club member, Terry McMullin, and used for towing from 1974. It was transferred to LGC ownership in 1983. Along with UA, ‘Double Oscar’ formed part of the duo of Super Cubs that was operated at Dunstable for many years. This aircraft was sold to the Dublin Gliding Club in September 2003 anticipating the arrival of CA. 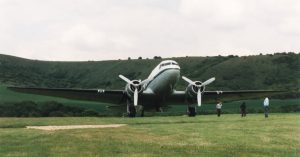 Admittedly, not a tug aircraft but still quite a sight! On June 20th 1991, Rory Ellis visited with the largest aircraft ever to set foot on our airfield. Click here for more pictures. 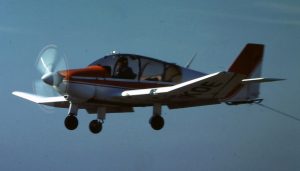 This aircraft was fitted with a Hoffman 3-bladed constant speed propeller. Previously D-EKOE and owned by the Akaflieg at Hockenheim, Germany. The aircraft was destroyed by fire in 1987 after towing at Dunstable for 1 year.

If you find any images please send them to us! 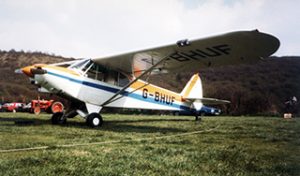 Photo taken in 1982. This aircraft was owned by club member, Terry McMullin, and used for towing from 1980. It was transferred to LGC ownership in 1983. Aircraft crashed and was destroyed by fire in 1984. 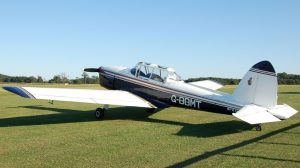 This aircraft was kept at Dunstable and owned by club members for a decade. It was used occasionally for towing until 1992. 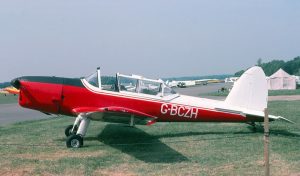 ZH was bought from the RAFGSA in 1977 and was operated by LGC until 1984 when it was sold to a private owner in the Norwich area. 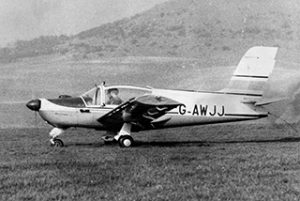 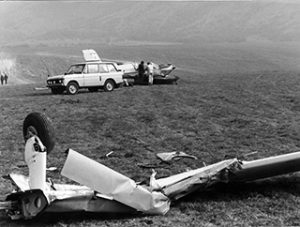 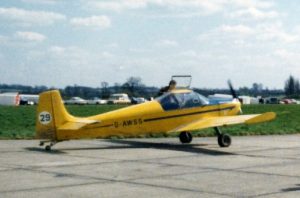 This aircraft built in 1968 was owned by the Tiger Club of Redhill. It was used briefly by LGC in 1980, probably to assist with a competition. 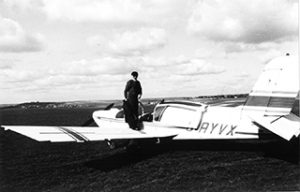 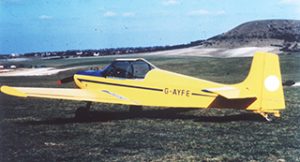 This aircraft was built in 1970, owned privately and flown occasionally at LGC. From 1976 it was owned by the Essex and Suffolk Gliding Club. Photo taken 1971 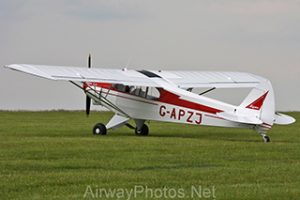 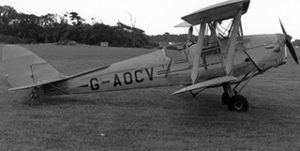 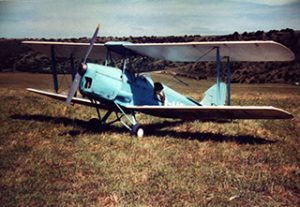 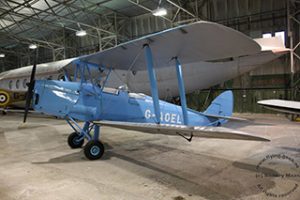 G-AOEL was owned by the London Gliding Club from October 1968 to August 1972.

Now on display at the national Museum of Flight, East Fortune, Scotland. 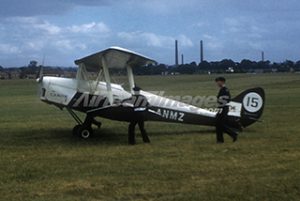 De Havilland DH-82A Tiger Moth G-ANMZ at Pendeford Airport with Tiger Club badge. ‘The Canon’ crashed at Challock, 22 May 1969. Seen towing at Dunstable in the photo of G-ANFC. 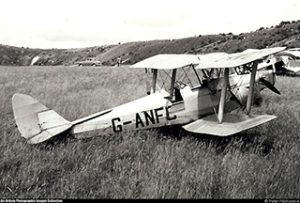 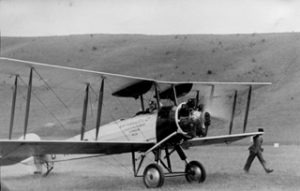 The first known aero-tows were done around 1935 by this Avro 504N, owned by Air Publicity of Heston.