One of the most important aspects of our operation is the way we operate our tug engines. The style of operation with lots of take-offs, full power climbs and relatively swift descents followed by often protracted ground time with low power settings puts a lot more demand on an engine in terms of internal stresses and temperature “shocks” than an engine typically found in the general aviation world.

It is imperative that every tug pilot be fastidious in this aspect of tug flying. The following list represents a summary of critical engine points. They are repeated in context in other areas, particularly the Robin Operations section. The engine is air cooled which is generally fine in flight but potentially problematic on the ground however there a several disciplines you should adhere to, and smooth use of the throttle should be high amongst them.

After the engine, the next most important part of our aircraft is the propeller.

We should take very good care of it. If only one part of the aircraft is clean before flying it should be the propeller. Think of it as a high-speed wing profile with laminar flow across its leading edge, so any chips, dents or bugs are going to reduce its aerodynamic performance and the amount of thrust that it can generate.

It doesn’t take much to chip a propeller, then those blemishes will affect the propeller’s performance until it gets refurbished which could be years away. It is important that we make every effort to avoid the small stones that might damage the propeller.

The four blade propeller fitted on our DR400s has an unfortunate characteristic in that, at low power settings and whilst stationery or moving slowly, it creates a vortex ahead and below the propeller which has the capability of sucking small stones and debris through the propeller disc with damaging consequences. The diagram below shows the critical area around the propeller. Two blade propellers are generally less susceptible, however, good practice suggests you taxi and position as you would with a four blade propeller.

It is for this reason we should not run these engines over areas with small exposed stones, this includes the peri-track, apron, area in front of the pumps and those bald areas on the air-side of the peri-track. When parking your aircraft ensure it can be taxied away without going over any stony patches.

As for bugs, they can be cleaned off. Make sure the propeller is clean before towing. If it’s a particularly buggy day it might need cleaning during the day.

Heavy rain and hail, if flown through, has the capability of stripping the paint from the leading edges and could cause considerable damage. It may be stating the obvious, but don’t go flying if it’s raining or you are likely to encounter rain.

Continual towing or descent over the same area causes considerable nuisance and irritation to our neighbours. Whilst we can do little to reduce the actual noise produced, we can spread the load by thoughtful and varied tow-patterns. It is variation, therefore, that forms the basis of our noise abatement procedures. The following general points should be considered, along with specific procedures as laid down in the ‘Launch Points’ pages of this website. You can also find a selection of example tow patterns that conform with these principles in Tow Out Patterns.

Remember that the noise of a descending tug with a relatively high power setting can be equally annoying, apply the same routing considerations in the descent as well. Additionally, try and make your descent route different from the tow out route. Do not descend below 500′ until entering the base leg. 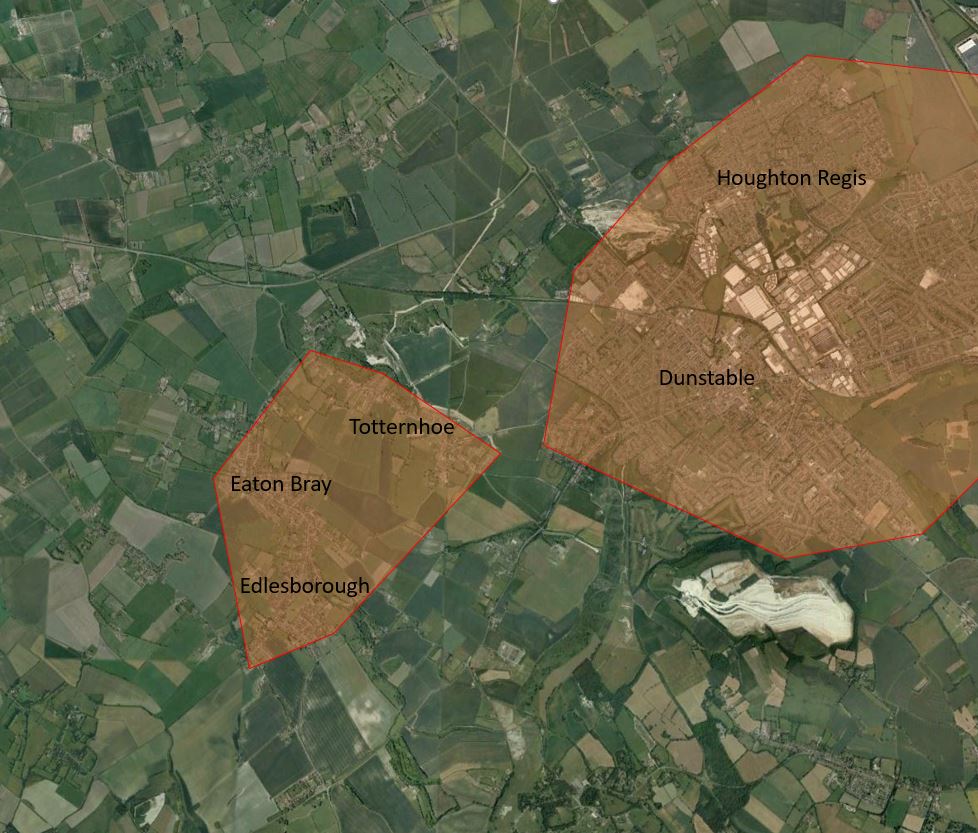 It is the tug pilots responsibility after full consultation with the instructor in charge, to terminate aero-tow operations when darkness approaches. Do not launch a glider after sunset +10 minutes. It maybe prudent to stipulate an earlier time if cloud reduces light or visibility. Advise the instructor in charge of this time in advance and don’t succumb to commercial pressures.

It is the tug pilots responsibility to terminate aero-tow operations if visibility, wind strength/direction, cloud base or adverse surface conditions make operations hazardous. Remember a lot of conditions you or a tug might fly in, might not be safe or sensible in a glider or for an inexperienced pilot.

If you feel the need to test conditions in a tug, clearly operations are marginal. Your guiding principle must be “If in doubt, DON’T”.

In conditions of strong Southerlies, consider the needs of the glider pilots; towing towards Leighton Buzzard (downwind) is unlikely to be a good idea. Aim to drop the gliders along the southern boundary of our usable airspace – this may be over the club, the southern end of Dunstable or between Edlesborough Church and Ivinghoe Aston.

We should not be flying in visibility under 5km. This is equivalent from the clubhouse to Ivinghoe Beacon.

There are no printed checklists issued. However, that does not mean no checks, instead for every phase of flight where a checklist might be consulted in a GA aircraft, the tug pilot will run a pertinent check by way of a scan. The scan should follow a consistent route around the cockpit starting in the centre with the flap lever, running forward, then left to right across the base of the panel, then left right across the top of the panel, then rising to the canopy and catch (or locating pins and clamp in the case of YM) and finally ending with the pilot’s straps. This will work for start up, power check and before take-off. In flight, scans should be short and pertinent to minimise “head in cockpit” time. Before landing check should include trim, carb heat and brakes off as a minimum and should be completed at the 500′ level off or just before. Shutdown checks should be done when stationary and will allow a short “cool down” at 1000 rpm. Electrical items should be turned off, carb heat checked before shutting the engine down followed by switches and master off, flaps down.

With reference to the ‘Emergencies’ section, each pilot should have a clear idea in their mind of the actions in the event of an emergency on every flight.

Initial training will provide new tug pilots with this essential discipline. Guidance from the CTP or DCTP is always available.

Operations when winching is taking place

Before take-off, check that a winch launch is not taking place or about to take place. If it is, delay launching until the cable is back on the ground. Do not take-off across cables. If there is a cable tractor drawing out cables, again, delay launching until it is stationery and/or safely out of the way of the take-off run in order to minimise the consequences of an abandoned aero-tow launch.

It is acceptable, on the SW run only, to be on approach or landing with a simultaneous winch launch taking place. The tug pilot should be alert to a potential cable break during the winch launch and if appropriate make a go-around to facilitate the glider pilot’s emergency landing.

Passenger carrying is NOT allowed whilst aero-towing. Exceptions to this rule must have specific authorisation from the CTP or DCTP.

Tug aircraft may on occasions be available to hire. However, approval will always be required from the CTP, DCTP or CFI. The pilot will be charged according to the charges shown in the LGC price list.

Transponders should NOT be used when departing or returning to Dunstable to avoid confusion with LTCC. If the transponder is on during the flight back then it will be necessary to contact Luton Approach to advise them of your intentions. See section on Transponder usage.

It is a legal requirement that all powered aircraft movements not starting and finishing their flights at Dunstable (i.e. most flights other than normal aero-tows) should be recorded. A movement book is located outside the main office, it has two sections, the first for visitors taking details of departure point and destination and a second section for LGC tugs recording either a destination or a departure point.

All aero-tow retrieves, positioning flights or hire flights should be entered.