Pilots must complete a daily inspection and this must be recorded in the Tech. Log before flying commences.

In addition, special attention should be given to the following items:

The standard issue of removable equipment for each tug is:

Ensure the aircraft is parked on the grass, clear of stones and debris (including the ‘bare’ patches of grass near to the pumps which you may have to taxi over). The aircraft should not be started where the slipstream would affect other aircraft or gliders or where debris could be blown over aircraft, gliders or buildings.

To start: Use the ‘Scan’ method and include the following;

Note: CA & MM start on the ignition key. The right magneto is automatically isolated for start up.

Note: It may be necessary to use a higher rpm for the engine to run smoothly particularly if ice has formed during cranking. Reduce to 1000 rpm when smooth.

Switch the electric fuel pump OFF to check serviceability of the engine driven pump, this should be done whilst taxiing to the launch point or whilst carrying out the power check. It should be ON for normal operations.

Caution: Carb heat bypasses the air filter and so should not be used whilst taxiing. It may be needed soon after start, if carb icing is likely.

The above starting procedure may not be suitable in hot weather. A long period of cranking and too much priming before engine start are causing excessive stresses and premature failing of the starter motor and exhaust systems. Backfiring and high RPM are signs of incorrect technique being used.

In hot weather consider the following:

The time at which you do the ground run should be considered carefully. It should occur within a few minutes of flying. If you taxi out to the West run or North East run in anticipation of launching, it is very tempting to do the ground run when you get there, fine if you immediately start towing. If it looks like a wait of more than 10 minutes, you should shut down until needed. After start re-warm the engine, then do the ground run up (as shown below) and then the flight, at a pace to prepare the engine for full power. Taking off with a cold engine is a sure way to damage it. For SW run operations, don’t leave the parking area until you can see a need arising, then allow sufficient time to taxi across, warm the engine, carry out the ground run up and then start flying, this will avoid the need for an unnecessary shutdown.

After the engine has reached a reasonable temperature, the ground run up should be completed as follows:

Before first flight, IDLE rpm may be lower, in which case if engine is running normally, check again after completing the first flight.

After the run up, reset to ground idling at 1000 rpm. Providing that the engine is responding smoothly, there is no minimum oil temperature required before take-off.

Our airfield is generally rough, so taxi slowly.

The aircraft has a tendency to nod when taxiing over rutted ground, particularly hanger ridge. Taxi slowly and cross the ruts at 45 degrees. Also pay attention to your route to prevent the nose wheel from entering any significant dips or depressions. This will reduce the risk of tip contact.

Choose your route carefully and use only the smoothest areas of the airfield – standard routes can be viewed on the ‘Launch Points’ pages.

It is the tug pilot’s responsibility to refuel their aircraft if the fuel tanks are indicating less than a quarter full and at the end of the day’s flying.

The tug should be stopped short of the perimeter track near to the fuel pumps, with the tug mover used to manoeuvre the aircraft over the road, stopping short of the fuel pumps. Ensure the electrics are off and connect the earthing strap to a metal part of the aircraft. Fill the tank to full – the only exception to this may be prior to launching a competition grid, before setting out on an aero-tow retrieve or before maintenance (NB; the auxiliary tank on CB and YM are normally left empty).

After refuelling, stow the fuel pipe and earthing wire and record the uplift in the fuel record shed.

Once fuelling is complete, return the aircraft to ‘air side’ or to the hangar.

More information can be found on the ‘Fuel‘ page. 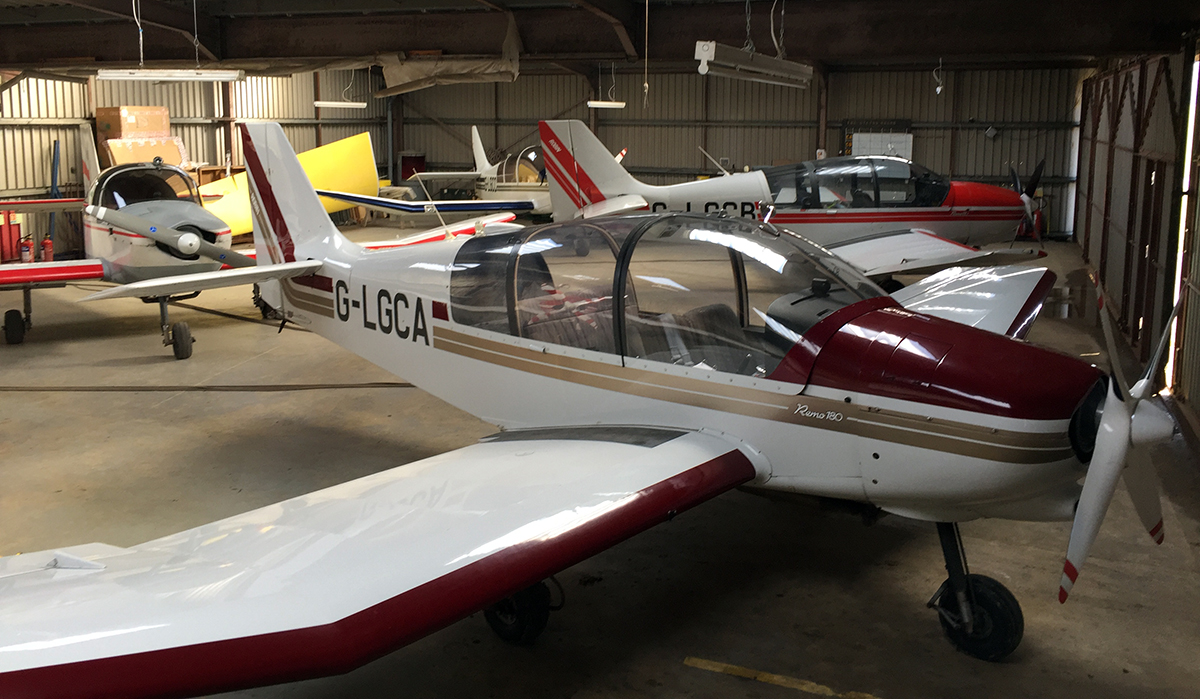 Before leaving the hangar, update the Tug Status Board with the details from the Tech Log.